How to Make Friends Around the World

Hello! My name is Anne-Marie Dizengremel, and in March 2018, I went on the adventure of a lifetime! Little did I know what was waiting for me when I left for Ireland. I
had a 9-month placement on a coastal plant nursery called Bannow Bay Nursery. I knew this experience would be good for my career goal, which is to work in horticulture, and I always wanted to go to Ireland. However, I got so much more than just horticultural experience. I made lifelong connections out there. I want to share two experiences about those connections. One related to work and my host family, and the other a weekend adventure and a lifelong friendship.

First, I’d like to tell you about a week in April 2018. By this time, I had settled into life with my host family. I was accustomed to the daily routine of going to work on the nursery. A regular day usually consisted of me going to work, weeding, potting, watering and pruning the nursery plants with Tess, another employee. In the evenings, I would spend some time helping out around the house and having dinner with the family. After dinner, Dan, 10, would try to teach me a little about Hurling, and I would do crafts with Ciara, 13. It was so much fun to be part of their little family.

One day, Annette and Pierce, the nursery owners, told me we were going on a landscaping job. I was so excited because it would be my first one since I arrived. We went to a lovely property to plant trees. That day, Annette, Pierce, Tess and I planted 600 Beech trees around the property. It was fun to get our hands dirty and to see the property get a little life. Working together on this project made us become so much more than just coworkers. This set a good relationship between the team and me for the rest of the summer.

"That day [We] planted 600 Beech trees around the property"

Next, I’d like to tell you about one of my favourite days. Over the summer, I got to work with other students from different countries. One was Elisabeth from Austria.
Our first adventure was on June 23rd, 2018. At the time we didn’t know each other very well. Annette dropped us off at Fethard-on-sea with some bicycles. We had booked a
kayaking tour. We were in a double kayak, and I must say, that was a good way to find out how we would get along throughout the summer.

"We were in a double kayak, and I must say, that was a good way to find out how we would get along"

The tour was great, we learned about Irish history, and we had a blast kayaking on the Irish Sea. Next, we cycled to Loftus Hall, where we took the tour of Ireland’s most haunted building! Then, we cycled to the Hook Lighthouse, the oldest functioning lighthouse in the world! Soon, we started the cycle home. Now, I’m not much of a cycler coming from flat Manitoba, so I was struggling to keep up with Elisabeth. I made it to 35 km and then we had to call to get picked up because I couldn’t go on. I was rather embarrassed at my lack of ability, and I wondered what Elisabeth would think of the fact that she had to spend the next three months with me. Well, she later told me that she was surprised I made it that far considering I hadn’t cycled in years. That day set the foundation for a solid friendship.

I’ve made lifelong friendships and connections during my adventures in Ireland. Since then, I have stayed in contact with most of the people I’ve met, and I’ve been to visit Elisabeth in Austria twice. I had contemplated going on this adventure for a while. I can’t tell you how glad I am that I went. If you’ve been thinking about going on an adventure like this, my advice to you is “do it!” You never know who you’ll meet.

About the Author:
Anne-Marie Dizengremel was raised on a small vegetable/hobby farm in La Broquerie, Manitoba. She hopes to one day own and operate her own horticultural operation. In 2017, she graduated from the University of Manitoba with her Diploma in Agriculture. Soon after, she flew to Ireland with the help of IRE Canada, for a 9 month horticultural placement. Since then, she has travelled to 7 other countries and is now working as a research technician for ICMS, a crop research company. In her free time, Anne-Marie loves to plan her next adventures. You can follow those adventures at adizengremel on Instagram, or Anne-Marie Dizengremel on Facebook. 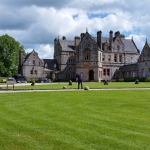 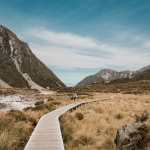 Is it true that traveling brings out your best self? 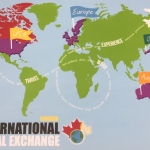 Are you a Global Citizen?